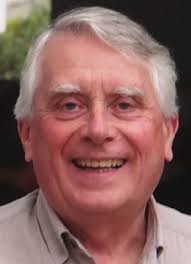 Jos J. Eggermont, Emeritus Professor, is a world-renowned researcher in the field of auditory neuroscience. He made lasting contributions to human auditory development and effects of auditory deprivation thereupon. His animal studies on the effects of traumatic-noise exposure led to breakthroughs in understanding the neural basis of tinnitus, and the discovery of the detrimental effects on the brain of long-duration exposure to environmental noise.

Pim van Dijk
University of Groningen, Groningen, Netherlands
Pim van Dijk is a medical physicist – audiologist at the University Medical Center Groningen, The Netherlands. His research interests include the neuroscience of tinnitus and the mechanics of the inner ear. His tinnitus research included a number of neuroimaging studies, identifying brain activity related to tinnitus.
link

Joel Berger
University of Iowa, Iowa City, Iowa, United States
Joel Berger is currently a postdoctoral research scientist at the University of Iowa. During his PhD and postdoctoral research position with Alan Palmer, he developed an adaptation of a commonly-used behavioural test for tinnitus, utiising the pinna reflex, and recorded neural activity in the inferior colliculus and auditory cortex following the induction of tinnitus. This work has progressed to examine the potential use of the behavioural test in humans, in order to aid with cross-validation of human and animal literature.
myweb.uiowa.edu/jbrger/
www.auditorycognition.org/
hbrl-neurosurgery.lab.uiowa.edu/

Elouise Koops
University of Groningen, Groningen, Netherlands
As a neuroscientist I have a keen interest in neural plasticity. I have a background in Neuropsychology and in Behavioural and Cognitive Neurosciences. In my PhD project I am studying brain plasticity as a result of hearing loss and tinnitus. I am looking at differences in the functional response of the brain as well as the structural changes that are associated with hearing loss and tinnitus. I use psychophysics and neuroimaging methods to investigate if any changes in the brain are specifically related to tinnitus by comparing people with hearing loss, with and without tinnitus.In addition to my research projects, I am program manager of the TIN-ACT consortium. This Horizon-2020 EU project aims to unravel tinnitus by combining forces of molecular methods with genetic and behavioral research, and ultimately aid the patient.

Richard S. Tyler, BSc(Communication Disorders), MSc, PhD
University of Iowa, Iowa City, Iowa, United States
Rich was trained as a clinical Audiologist and Psychoacoustician, and it now the Director of Audiology in the Department of Otolaryngology at the University of Iowa. He sees tinnitus patients weekly, and hosts an annual Tinnitus and Hyperacusis Treatment Conference every June. He has served on committees for the National Institutes of Health, the National Science Foundation, the World Health Organization, the Department of Defence, the American Academy of Otolaryngology, and the Veterans Administration.

Ben Zimmerman
University of Illinois, Urbana-Champaign
Ben Zimmerman is currently a postdoctoral researcher at the University of Illinois at Urbana-Champaign. His research focuses on the effects of cerebrovascular health in cognitive aging, and he has used a variety of human neuroimaging methods to investigate these effects. He is currently interested in how cerebrovascular measures relate to tinnitus and implications for other neuroimaging methods used in tinnitus research.

Patrick Neff
University of Salzburg, Salzburg, Austria
Patrick is a neuropsychologist at the Center for Cognitive Neuroscience (CCNS), Brain Dynamics Lab (Prof. Nathan Weisz), in Salzburg, Austria. He received his PhD in neuropsychology at the University of Zurich and afterwards a postdoc position in the interdisciplinary tinnitus research group in Regensburg (Prof. BertholdLangguth). His current research interests are neuroimaging of tinnitus and auditory illusion phenomena using MEEG/MRI.
https://braindynamics.sbg.ac.at/team/patrick-neff/

Phillip Gander
University of Iowa, Iowa City, Iowa, United States
Phillip Gander is an assistant research scientist in the Department of Neurosurgery and the Department of Otolaryngology at The University of Iowa. He conducts research using electrocorticography (ECoG) in the Human Brain Research Laboratory of Matt Howard, MD, and using neuroimaging (PET, EEG) in the Iowa Cochlear Implant Clinical Research Center. With the unique opportunities afforded by both research environments he investigates questions related to auditory object processing in collaboration with Tim Griffiths, MD, Newcastle University. He previously worked as a research fellow at the National Biomedical Research Unit in Hearing, Nottingham, UK with Deb Hall. Phillip received his PhD in Psychology, Neuroscience, and Behaviour in 2009 from McMaster University, Hamilton, ON, where he worked with Larry Roberts and Laurel Trainor.
Phillip’s research focus is auditory cognition from the perspective of cognitive neuroscience. Using psychophysics and neuroimaging he studies how the auditory system forms perceptual representations and the factors that contribute to their formation including learning, memory, and attention, under normal conditions and when they are disordered (e.g., hearing loss, cochlear implants, and tinnitus). In addition to investigating the brain bases of sound processing he places a strong emphasis on translating basic scientific findings into benefits for patients.

Jennifer J Lentz
Professor and chair of Speech, Hearing and Language Sciences at Indiana University
She holds a Ph.D. in Biomedical Engineering from the University of Pennsylvania where she studied auditory perception in listeners with normal hearing. Her postdoctoral training in research audiology at Walter Reed Army Medical Center focused on auditory perception by listeners with hearing loss. She now also applies psychoacoustic techniques to tinnitus, where she works towards evaluating the perception of tinnitus and the development of tools to measure its perception.

Ben Auerbach
Dr. Benjamin D Auerbach received his BA from Cornell University and his PhD in neuroscience from the Massachusetts Institute of Technology. His postdoctoral research at the Center for Hearing and Deafness at the University at Buffalo focused on the neural mechanisms underlying auditory perceptual disorders associated with hearing loss and neurodevelopmental disorders. Dr. Auerbach is currently an Assistant Professor of Molecular and Integrative Physiology at the University of Illinois at Urbana-Champaign and a Beckman Institute member. His research interests include experience-dependent plasticity, hyperacusis, and autism spectrum disorders.